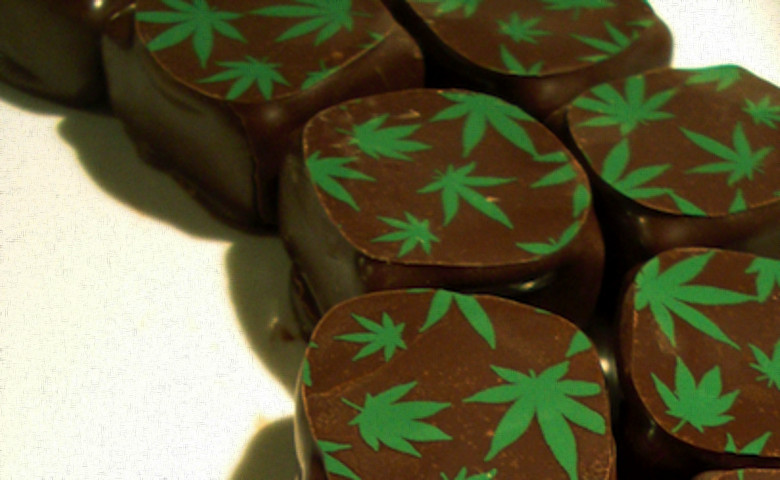 Marijuana restrictions in the United States have come down in recent years, and as of June 2016, all but 22 states have legalized marijuana in some form or another. Alaska, Colorado, Oregon and Washington have all legalized recreational use, as have Washington DC and a handful of cities.

As cities, counties and states across the country come around on marijuana prohibition, citizens are exploring the full depth of options available to ingest weed, so cooking with marijuana is on the rise. Eating weed rather than smoking it comes with many health benefits, most notably the opportunity to avoid inhaling clouds of smoke in order to get a buzz. However, incorporating it into your food is not as easy as crumbling up some bud over your salad.

Where the Stoners Are: America’s Top 10 Marijuana-Using States.

For the curious would-be-chef, this guide will delineate everything you need to know to get started on your culinary journey.

Before you can prepare any dish, you have to prepare your weed. Raw cannabis has THCA, which is not psychoactive. The process of heating it above 200 degrees converts the THCA to THC, which, as the average stoner knows, is what makes weed fun.

To decarboxylate your weed, it needs to go, fully crumbled, into an oven at 240 degrees for 40 minutes. Stir it every ten minutes. You can watch this step by step video to ensure you get the process right.

After you take it out of the oven, put it into a food processor and grind it until it becomes a powder. Once you’ve completed this step, you can start extracting the oil.

Dad Giving His Sick Son Marijuana Extract. The Results Will Leave You Speachless!

The simplest and most widely-recommended method of extraction at home is by infusing it into some sort of fat.

THC is highly fat-soluble, which makes food items like butter or coconut oil excellent vehicles for cooking. Recipes for making cannabutter are widely available, but they usually can be summed up as follows:

Other options exist as well. You can use coconut oil, olive oil, ghee or any other fat-soluble ingredient you can think of, but butter is a trusty and straightforward ingredient.

How much THC you will get in a single serving of your final product depends on a variety of factors, including the strength of the weed you’re using, the amount of infused fat your recipe calls for, and how much weed you’re accustomed to ingesting.

Your cannabutter, if you used a full gram of middle-of-the-road weed, would therefore be divided into 10 pieces to represent a full dose. That is about 330 calories a dose, not including any calories from the food you cook the butter into. This is why it’s better to use a stronger weed for cooking.

It is important to remember that edibles are not processed in the same way that smoking is. Frequent smokers may find that even a weaker serving of an edible can knock their socks off. Factors such as how much you eat, whether you eat on a full or empty stomach and whether you’ve correctly dosed your weed infusion will affect how high you get.

Another important factor to keep in mind is the time it takes for an edible to affect you. The wait can be anywhere from half an hour to three hours, which is why experts advise that you avoid impatiently eating more edibles if you think you’re not feeling an impact fast enough.

Many sites suggests that fat-infused foods enhance the effects of marijuana, while sugar decreases the effects. If after consuming an edible you feel as though it hasn’t kicked in, eat something fatty first. On the other hand, if you’re feeling a little too buzzed, a sugary drink should help relax your high.

Cooking with marijuana can add a great deal of flavor to your stoner lifestyle. It’s a good excuse to get into baking, and as a bonus, weed-infused foods are easy to eat and transport discreetly without arousing suspicion. Enjoy your new edible-filled lifestyle.