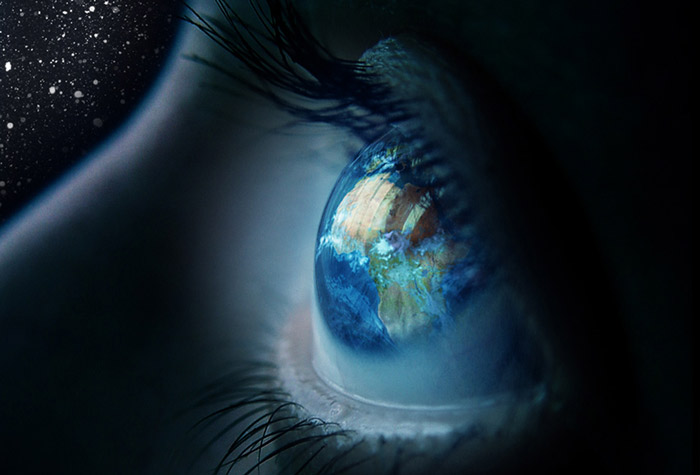 “Consciousness creates reality,” a statement that has gained a lot of attention across various alternative media outlets around the world. Make no mistake, consciousness has (and has been for quite sometime) studied by numerous scientists, especially in its relation to quantum physics and how it might be correlated with the nature of our reality.

What is consciousness? Consciousness includes a number of things. It’s how we perceive our world, our thoughts, being aware, our intentions and more.

“Looking for consciousness in the brain is like looking in the radio for the announcer.” –Nassim Haramein

The statement that “consciousness creates reality” comes with a number of different questions. Does this mean we as individuals (and on a collective level as one human race) can shape and create whatever reality we’d like for ourselves? Does it mean we can manifest a certain lifestyle, and attract certain experiences? Does it happen instantly? Does it take time? How do we do it?

Although we might not be able to answer these questions with absolute scientific certainty, we do know that yes, a correlation between consciousness and our physical material world does indeed exist in some way, shape or form. The extent of that correlation (again from a modern day scientific point of view) is still not well understood, but we know of the correlation, and we know it must have some sort of significance.

“A fundamental conclusion of the new physics also acknowledges that the observer creates the reality. As observers, we are personally involved with the creation of our own reality. Physicists are being forced to admit that the universe is a “mental” construction. Pioneering physicist Sir James Jeans wrote: “The stream of knowledge is heading toward a non-mechanical reality; the universe begins to look more like a great thought than like a great machine. Mind no longer appears to be an accidental intruder into the realm of matter, we ought rather hail it as the creator and governor of the realm of matter. Get over it, and accept the inarguable conclusion. The universe is immaterial-mental and spiritual.”  – R.C. Henry, Professor of Physics and Astronomy at Johns Hopkins University ,  “The Mental Universe” ; Nature 436:29,2005) (source)

The Science Behind The Statement “Consciousness Creates Reality”

One potential revelation of this experience is that “the observer creates the reality.” A paper published in the peer-reviewed journal Physics Essays by Dean Radin, PhD, explains how this experiment has been used multiple times to explore the role of consciousness in shaping the nature of physical reality. (source)

In this experiment, a double-slit optical system was used to test the possible role of consciousness in the collapse of the quantum wave-function. The ratio of the interference pattern’s double slit spectral power to its single slit spectral power was predicted to decrease when attention was focused toward the double slit as compared to away from it. The study found that factors associated with consciousness “significantly” correlated in predicted ways with perturbations in the double slit interference pattern. (source)

“Observation not only disturbs what has to be measured, they produce it. We compel the electron to assume a definite position. We ourselves produce the results of the measurement.” (source)

Although this is one of the most popular experiments used to posit the connection between consciousness and physical reality, there are several other  studies that clearly show that consciousness, or factors that are associated with consciousness are directly correlated with our reality in some way. A number of experiments in the field of parapsychology have also demonstrated this.

Sure, we might not understand the extent of this connection, and in most cases scientists can’t even explain it. However they are, and have been observed time and time again.

Below is a video  demonstration from the film “What The Bleep Do We Know.”

Other examples that we’ve written about are government sponsored psychokinesis experiments, the global consciousness experiment, intelligence agency remote viewing experiments, thoughts and intentions altering the structure of water, the placebo effect, teleportation studies and more. You can find more details about those specific experiments HERE.

Some other related CE articles that relate to this subject are listed below:

Change requires action, but the place within which that action comes from is most important.

Modern day science, especially quantum physics, has been catching up to ancient mysticism and concepts that are/were so deeply ingrained in various cultures throughout the ancient world. One great example of this is the fact that everything is energy , and nothing is solid. You can read more about that here.

“Broadly speaking, although there are some differences, I think Buddhist philosophy and Quantum Mechanics can shake hands on their view of the world. We can see in these great examples the fruits of human thinking. Regardless of the admiration we feel for these great thinkers, we should not lose sight of the fact that they were human beings just as we are.” – Dalai Lama (source)

“No problem can be solved from the same level of consciousness that created it.” – Unknown

If we look at the world and examine it on a collective level, what do we see? How do we perceive it? Right now, the masses perceive it as being born, going to school, paying bills, raising a family and finding a “job” within the current paradigm to support yourself. No judgement here, but many people on the planet are not resonating with this experience. They want change. We’ve been repeating and perceiving our reality this way for a very long time, with very little information about what is really happening on and to our planet. It’s almost like we are robotic drones that are trained and brainwashed to accept things the way they are. To not question what is happening in our world and to continue on with the status quo, only caring for ourselves and our own lives. As Noam Chomskywould say, our consent has been manufactured. If we continue down this path and continue to perceive and view reality as “this is just the way it is,” we will, in essence, prolong that type of existence and experience for the human race without ever changing it.

In order to create and manifest a new reality for ourselves, our thought patters and the way we perceive reality must change. What changes the way we perceive reality? Information does. When new information emerges it changes the way we look at things and as a result, our reality changes, and we begin to manifest a new experience and open our minds to a broader view of reality. Not to say that we can’t manifest a new physical form in the blink of an eye, and that we are not capable of doing that, but it appears to be something that takes time, something gradual, something we don’t quite understand yet.

What’s also important about teachings from new physics is that, if factors of consciousness are associated with the creation of our reality, that means change starts within. It starts with the way in which we are observing the outer world from our inner world. This touches on the earlier point of how we perceive our reality. Our perception of the external world might very well be a reflection of our inner world, our inner state of being. So ask yourself, are you happy? Are you observing, perceiving and acting from a place of love? From a place of hate or anger? From a place of peace? All of these factors are associated with our consciousness, with our observation, the one (or the many) who are doing the “observing” might play a large role in what type of physical world the human race manifests for itself, what do you think?

We are indeed the observers, can we create change and break patterns to open up new possibilities, change our direction, all through the way in which we observe ourselves, others and the world around us?

I believe that the human race is in the process of waking up to a number of different things, simultaneously. As a result, the way we perceive and “observe” the world around us (on a mass scale) is starting to drastically change. So if you want to help change the world, change the way you look at things, and the things you look at will change.

“Be the change you want to see in the world.” – Mahatma Ghandi

“There is nothing new to be discovered in physics now. All that remains is more and more precise measurement.” This statement (worldview statement) was by Lord Kelvin in 1900, which was shattered only five years later when Einstein published his paper on special relativity. The new theories proposed by Einstein challenged the current (at that time) framework of understanding. This forced the scientific community to open up to an alternate view of the true nature of our reality. A great example of how things that once were regarded as truth have changed.

“Lord Kelvins statements bares with it the voice of paradigms past…We knew that the Earth was flat, we knew that we were the center of the universe, and we knew that a manmade heavier than air piece of machinery could not take flight. Through all stages of human history, intellectual authorities have pronounced their supremacy by ridiculing or suppressing elements of reality that simply didn’t fit within the framework of accepted knowledge. Are we really any different today? Have we really changed our acceptance towards things that won’t fit the frame? Maybe there are concepts of our reality we have yet to understand, and if we open our eyes maybe we will see that something significant has been overlooked.” – Terje Toftenes (source)

Arjun Walia – I joined the CE team in 2010 and have been doing this ever since. There are many things happening on the planet that don’t resonate with me, and I wanted to do what I could to play a role in creating change. It’s been great making changes in my own life and creating awareness and I look forward to more projects that move beyond awareness and into action and implementation. So stay tuned, [email protected]